After reading Jenna’s post about population density in Franklin County and being hopeful that we are seeing a resurgence in downtown living, I decided to look at how Columbus compares to other downtown neighborhoods or central business districts. For my list I chose nine other Midwest cities (and Louisville). Some of the cities are also in Ohio and some made the Forbe’s list of America’s emerging downtowns. I decided to stick to cities relatively similar in size, so I left out Chicago. In order to figure out the geography of each downtown I used Zillow neighborhoods where available as well as various other government sources. The list and map of each downtown neighborhood are below: 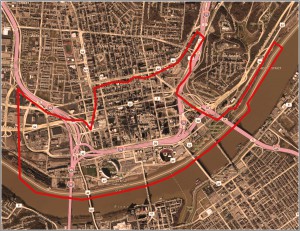 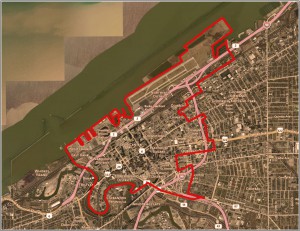 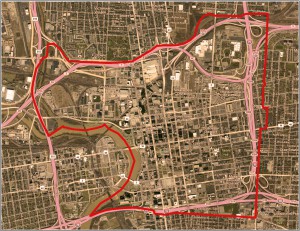 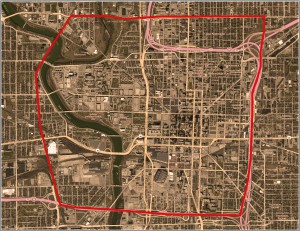 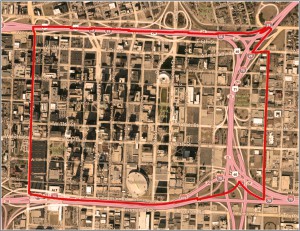 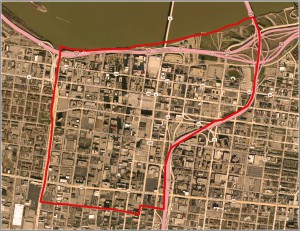 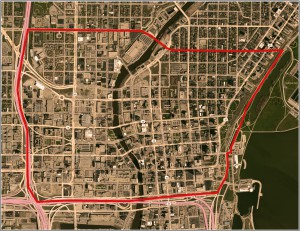 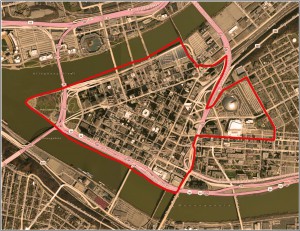 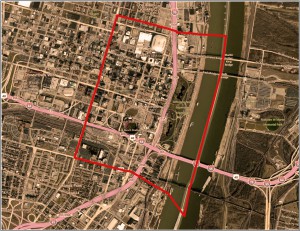 After deciding on the cities I wanted to research, my next step was to figure out which variables to use for my ranking system. I was somewhat limited by data availability and time constraints, but I was able to narrow it down to ten variables that give a pretty idea about the quality of life in each downtown:

While there are many more variables we could look at to judge quality of life, I chose these ten subjectively because they provide a good snapshot of a downtown’s health and the data was somewhat convenient to gather. I chose the two age categories because they are good indicators of the attractiveness of living downtown. The 20-34 year old cohort typically have more disposable income than any other age group and are thus more likely to put more of their money back into the downtown economy, similar to the 65+ age cohort. I also wanted to look at Walk Score and public transit use to get an idea of the commuting patterns of each downtown and median income and median rent to measure affordability.

After collecting all of the data, I ranked each city 1-10 based on each category, with 1 being the best score and 10 being the worst. I then totaled up all ten categories to get the final rankings. They are as follows:

And the winner is…Pittsburgh! Given how much the effort the city has put in to transform its downtown as an attractive location for the creative class, I am not really shocked. While our estimates show downtown Pittsburgh losing population from 2000-2012, the latest numbers from the 2007-2011 American Community Survey show an addition of another 1,000 people, bringing it closer to the 5,000 figure from the 2000 census. What puts Pittsburgh ahead of Milwaukee in the total score is its top ranking in median income, disposable income, and population 65+. It also has the highest median rent at $935 in 2010.

On the other end of the spectrum Detroit had very high population decline, losing 20.9% of its downtown population from 2000-2012. It also has the second lowest median income at $16,736, but the fourth highest median rent, meaning that many people are likely burdened with a high rent/income ratio and have little disposable income to put back in the city. They also have the highest percentage of people using public transit to get to work at 23%, which is both an indicator of a good transit system and a lack people that cannot afford their own means of transportation.

So where does Columbus fall in all of this? Unfortunately we are towards the bottom. We rank third lowest in both median and disposable income and last in population density. Columbus is also very low in the percentage of people using public transit to get to work at just 5%, but we have the fourth highest WalkScore. One bright spot for Columbus is that we rank second highest in population 65+ at 10.9%, only behind Pittsburgh at 12.1%. It seems that more older people like this nice couple are finding it feasible to sell their house in the suburbs and move to the city where almost everything is within walking distance. I believe that this trend says a lot about the attractiveness and sense of security of downtown Columbus and why it appeals to people of all ages.

What does these rankings say about the overall health of the downtowns in the Midwest? A little or a lot depending on how much weight you put into each variable. For the purposes of this analysis each category was weighted equally, but for instance some may have feel that a city’s WalkScore is not as important as median income. There are also many economic factors that go into creating a vibrant downtown that I did not get into in this analysis and It is important to remember that there are many neighborhoods in each city that are more attractive to residential living than the central business district. It isn’t necessarily every city’s goal to create a full service live/work/play environment downtown, but it should would be nice to see. Also, in case you are interested, here are the complete Downtown Rankings.